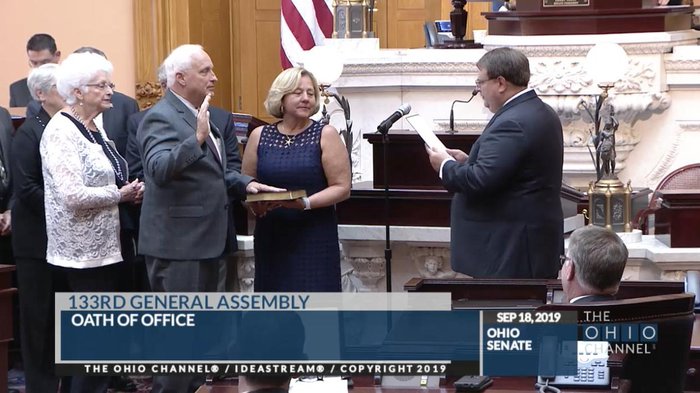 Sen. Johnson, a family physician from McDermott, was sworn-in during session after Senate Republicans unanimously voted, 23-0, to approve the screening committee recommendation. He serves the 14th Senate District, which encompasses all of Adams, Brown, Clermont and Scioto counties as well as a portion of Lawrence County.

The vacancy was created last month when former Sen. Joe Uecker resigned to take a position with the Ohio Department of Transportation. A screening committee of Republican senators met with six applicants for the open seat and recommended Johnson.

A practicing physician, medical educator, and retired military officer, Johnson served in the Ohio House of Representatives from 2011-2018. While serving in the House, he championed important health-related legislation to fight prescription drug abuse and help people safely dispose of unused medications. House Bill 93, which he sponsored in the 129th General Assembly, has been recognized as instrumental in shutting down Ohio’s “pill mills” and preventing prescription drug abuse.