The Ohio Senate unanimously rejected, 32-0, the House’s attempt to limit the authority of Amy Acton, MD, the 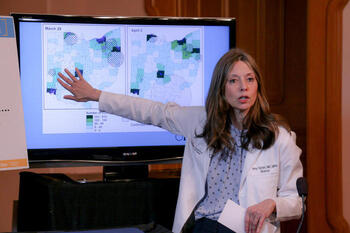 Ohio Department of Health (ODH) director, by refusing to concur with amendments to SB 1.

The bill now goes to a conference committee consisting of House and Senate members to work out their differences. But Gov. Mike DeWine has already publicly stated he would veto the measure that puts restrictions on the health director’s orders.

SB 1 was originally an administrative bill that the Senate approved a year ago on May 8, 2019. House leaders revived it earlier this month to use it as a vehicle for their amendment. The amendment called for state orders issued by the ODH director to expire after 14 days unless approved by a legislative committee. State representatives passed the measure largely along party lines, 58-37, with two Republicans breaking from their party to vote against the bill.

The proposal was seen as an attack on DeWine’s response to the coronavirus pandemic.