Not Health Related, but a “Timely” Topic 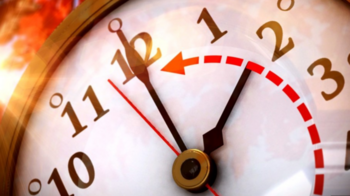 A few state legislators are hoping this is the last time Ohioans “fall back.”

SB 119 would exempt Ohio from the federal requirement to change between Daylight Saving Time and Standard Time and permanently put the state on DST. Traditionally, DST is adhered to from 2:00 am on the second Sunday of March, until 2:00 am on the first Sunday of November each year.

In sponsor testimony earlier this year, State Sen. Kristina Roegner (R-Hudson) said: “Ohio’s Sunshine Protection Act would provide daylight later in the day all year long and eliminate the generally loathed switching of the clocks twice a year. As I heard once, clocks are meant to go around and around—not jump back and forth.”

During testimony, a number of considerations and safety concerns with the current system were cited, including endangering the lives of drivers and passengers due to sleep deprivation.

DST was first instituted in the US during World War I. The rationale was to extend daylight working hours in order to use less artificial light and save fuel for the war effort.

SB 119 would require approval not only from the Ohio General Assembly, but also the federal government.

Don’t forget to fall back this weekend!