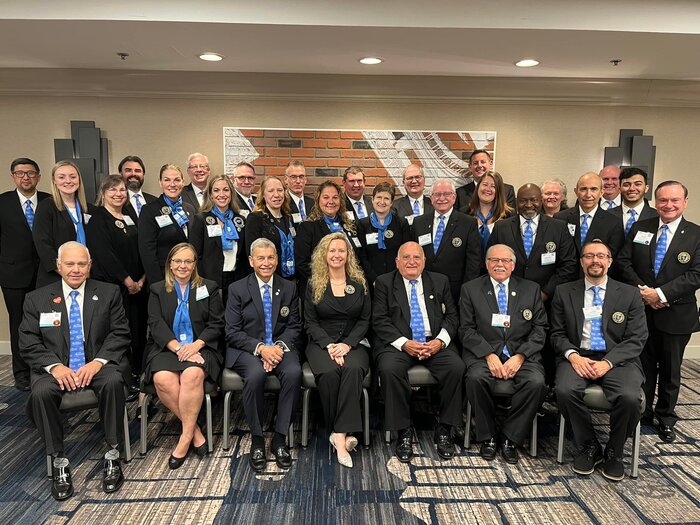 (July 2022) Thank you to the 31 OOA members who gave their time and talent to serve in the AOA House of Delegates, July 15-17, in Chicago. They were among the 500+ DOs and osteopathic medical students who debated resolutions, elected Board trustees, and conducted business that will guide the AOA’s work.

Ohio submitted one resolution to support critical interpretation of medical information among the general public. It was referred back for clarification. The final action on all resolutions will be published soon.

Members of the Ohio delegation contributed a whopping $11,005 to OPAC, the sole political action committee representing osteopathic physicians at the federal level. OPAC traditionally conducts fundraising during the HOD to help with efforts to elect and re-elect pro-physician candidates to Congress.

The Ohio delegation was led by Chair George Thomas, DO; Vice Chair Paul A. Martin, DO; and OOA President Jennifer L. Gwilym, DO, who chaired the Ad Hoc Reference Committee. In addition, Robert W. Hostoffer, Jr, DO, and Jennifer J. Hauler, DO, continue their service on the AOA Board of Trustees. Chelsea A. Nickolson, DO, concluded her term as a ‘new physician’ member of the Board.

Two OOA past presidents were in the spotlight during the meeting. Peter A. Bell, DO, received the AOA Distinguished Service Award, the AOA’s highest honor. It recognizes his contributions to the profession overall, including the advancement of the science and art of osteopathic medicine, education, philanthropy and other fields of public service. Robert S. Juhasz, DO, delivered the AT Still Memorial Lecture.